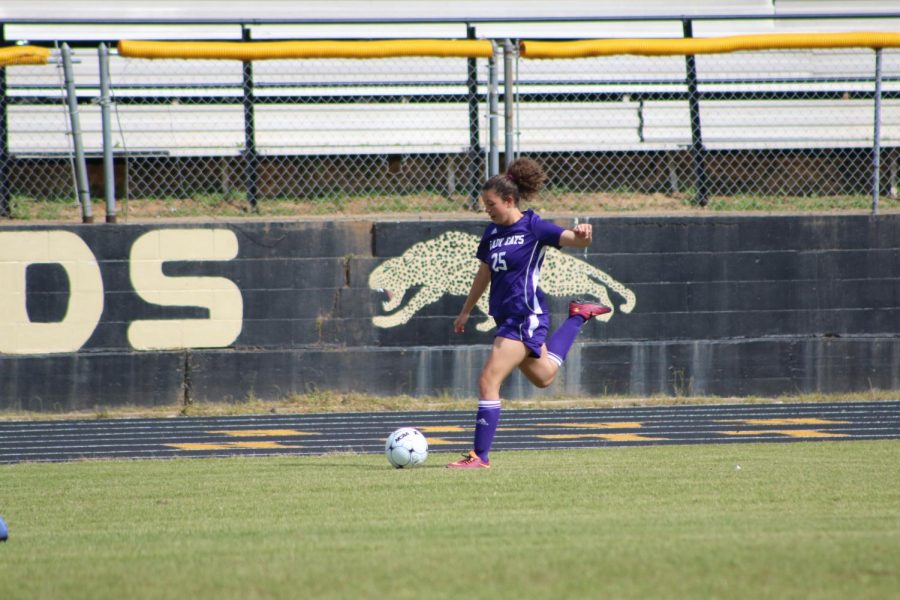 Camille Terry shows out on and off the field.

Terry, a sophomore at El Dorado High School, scored the only two goals during the Ladycats JV soccer game on Tuesday.  They ended up winning 2-0.  Terry said, “I’m normally a defender, but I was playing as a striker.”  She also got to play ten minutes in the varsity game as a midfielder.  “In soccer, communication is key and during both games I passed to my open teammates and communicated well,” she said.

Terry has been playing soccer for eight years and has been on three tournament teams.  Other than soccer, she has danced for six years at Bravo Dance Centre.  Terry’s dream is to be a marine biologist and go to college at Coastal Carolina University.  One of the things she loves to do is go to church at First Baptist youth, 2fifty2.  This summer she is going to Guatemala on a mission trip with the youth group.  Terry said “I hope this mission  trip will show me a better understanding of how other people around the world live,”  Terry also hopes to play soccer with the kids in Guatemala and teach them skills they might not know.